Stay On It by Julius Eastman.

As Mary Jane Leach has documented, Julius Eastman led a particularly tragic life despite remarkable abilities as both a composer and performer (notable for his recording of Maxwell Davies’ Eight Songs for a Mad King). Stay On It seems to encapsulate his creative personality and minimalist aesthetic with a blend of optimistic gregariousness and darker melancholia. To me it seems to generate an incredible sense of spontaneity and vitality, despite its broad emotional range.

I particularly enjoy the fragmentary, messy, almost violent transitions between sections. In contrast to the smooth segues of Music for 18 Musicians or the abrupt cuts of Music in 12 Parts different sections in this piece seem to bleed into each other and overlap. I also find the bleak return of the opening music around 17’ and the gradual decay that follows particularly beautiful, and it sets up the hopeful (?) conclusion so fantastically. 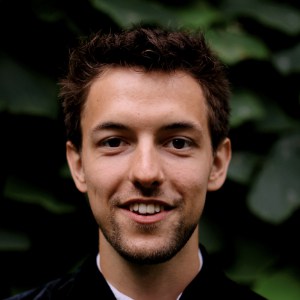 Joshua Ballance is currently studying for a DPhil at Christ Church, Oxford, generously supported by the Arts & Humanities Research Council. Alongside his academic research he conducts and composes. He has been commissioned by ensembles including the the Octandre Ensemble, No Dice Collective, King’s Voices, and the New London Children’s Choir, and festivals including the London Festival of Contemporary Church Music and the Ludlow English Song Weekend. His music has been broadcast on BBC Radio 3, and performed in many prestigious venues around the UK including Westminster Abbey, the Tate Britain Gallery, and all the major Cambridge chapels, as well as abroad in Iceland and Italy.

What piece have you chosen? Allegoria della Notte by Salvatore Sciarrino   What’s special about this piece for you? If